Those who have been to the Albariño Festival will surely keep unforgettable memories of their visit to Cambados. Because the Albariño Festival is first of all synonymous with enjoyment. The king of the white wines attracts every year thousands of visitors coming to enjoy a great festival, where the wine culture is combined with a lot of music and the summer atmosphere of As Rías Baixas in early August.

The event usually lasts for several days, and it is held in different locations of the town centre, all of them close to each other, so you can walk easily from one to the other. Along the promenade A Calzada, there are stands of the different wineries under the Designation of Origin Rías Baixas , offering their wines from noon to the early hours. There, you can also find food stands. At the square of the town hall, the open-air dance takes place, whereas the concerts, usually having free access, are held at the Fefiñáns Square. 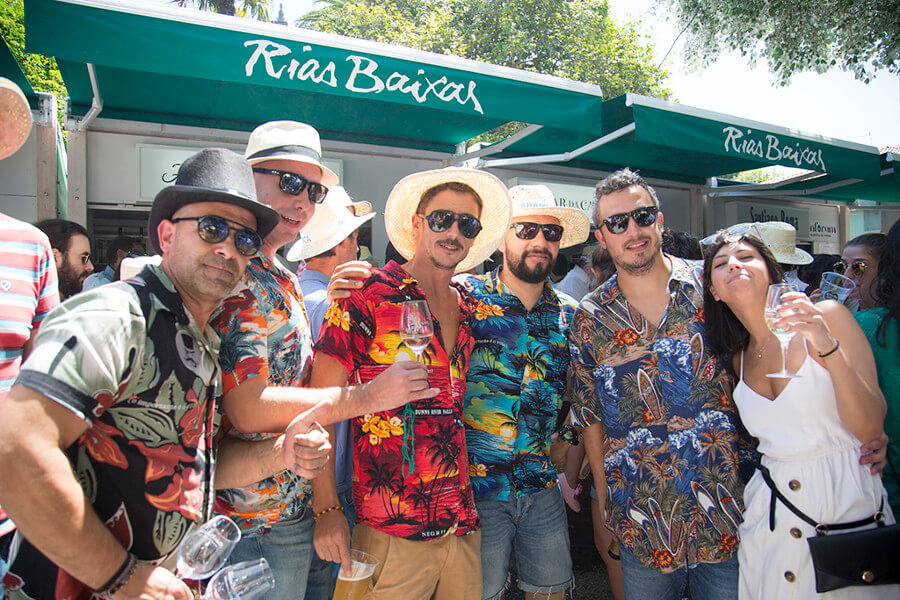 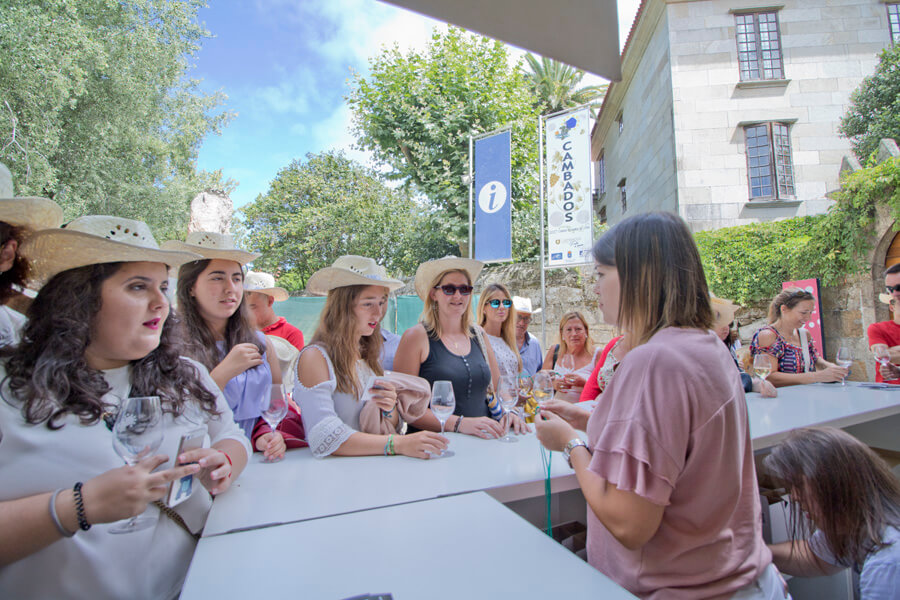 The Albariño Festival can be enjoyed both during daytime and at night, and it attracts locals of the town or the region and holidaymakers, political authorities and celebrities . Locals' involvement can be seen in the different groups of young people wearing distinctive t-shirts with slogans specially created for the occasion.

In addition, people usually carry a glass attached to a strap around their neck, to be ready for another glass of wine. Political authorities participate in the event to designate the Donas e Cabaleiros de Honra do Capítulo Serenísimo do Albariño (a title conferred by the association for the promotion of Albariño wine known as Capítulo Serenísimo), held at the Fefiñáns Square; with important personalities involved every year.

Another remarkable event of the programme is the tasting-contest, organized by the Regulatory Council of the Designation of Origin Rías Baixas , where the best Albariño wineries of the year are chosen. There are also exhibitions, sport competitions and workshops related to the wine sector.

The origins of the celebration could be described as spontaneous. In 1953, two wine producers challenged each other to compare their wines, and they did it in a tasting-contest which, years later, would give rise to today's festival. What was born as a private festive meeting has now become an important event which attracts national and international visitors. The first poster of the event dates back to 1958, and thus , the event is considered, after the Vendimia de Jerez, the oldest of the Spanish wine festivals . 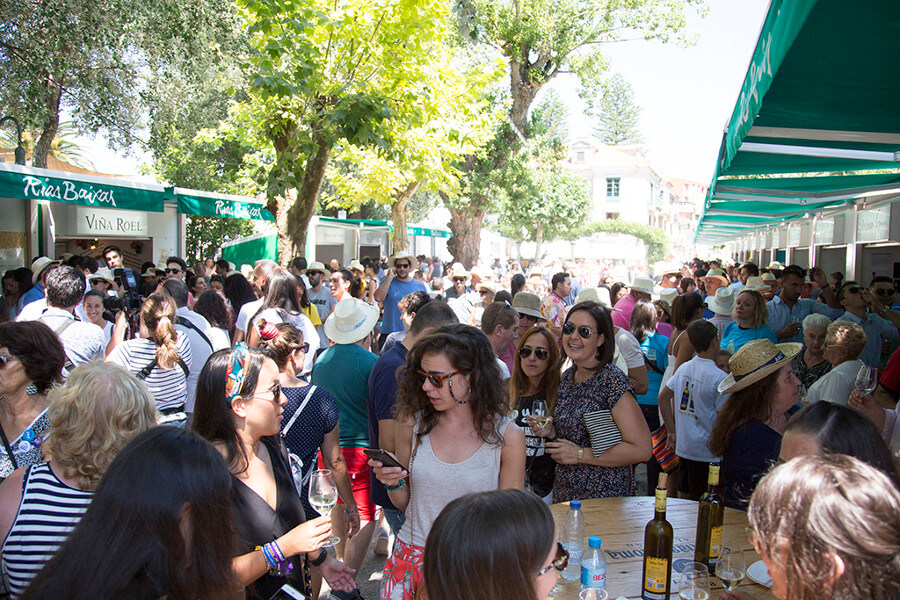 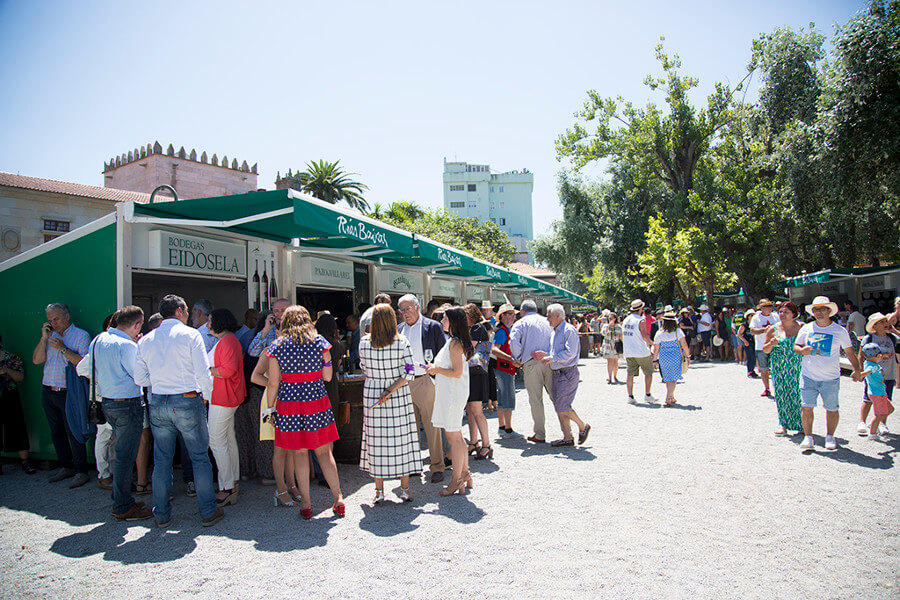 What to do in Cambados

The Albariño Festival is a perfect excuse to discover Cambados , a town with a historic centre which has been classified as an Artistic and Historic Complex. The most remarkable attraction is the majestic Fefiñáns Square. In the high part of the village, on the hillside of the Pastora hill, you can find the ruins of the Santa Mariña Dozo Church (dating from the 16th century), a setting where time stands still. Moreover, Cambados was a land of seafarers and this can be seen in the neighbourhood of San Tomé, whose narrow streets lead to the sea. The remains of the medieval tower of San Sandurniño lie there.

Among the wide range of possibilities, two activities stand out: on the one hand, visiting the Ethnographic and Wine Museum, where one can learn about the origin of the vineyards in the region of O Salnés , as well as the cultivation and harvesting processes and their impact on the territory. On the other hand, enjoying a glass of Albariño wine paired with, for example, some delicious scallops cooked following the Cambados style, which are the flagship of the local cuisine. 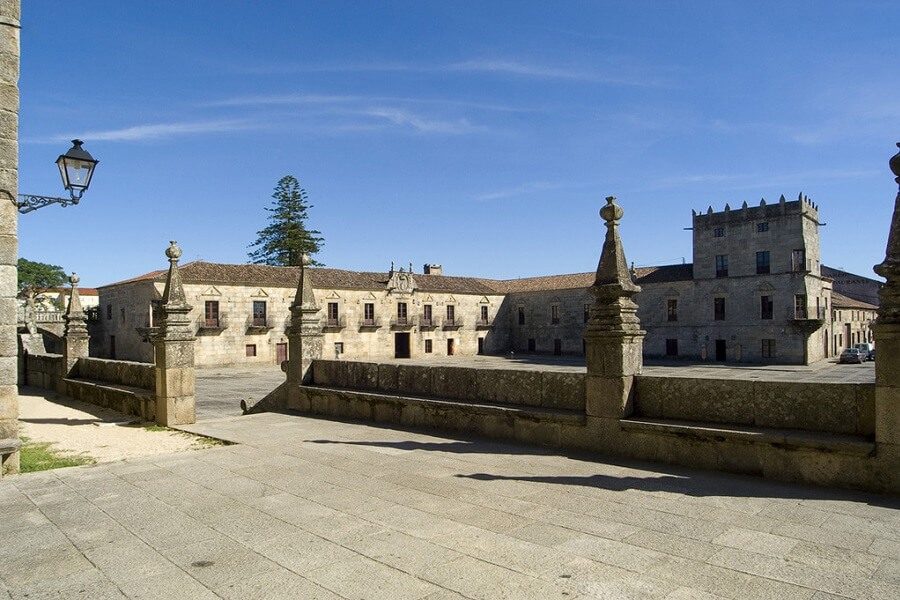 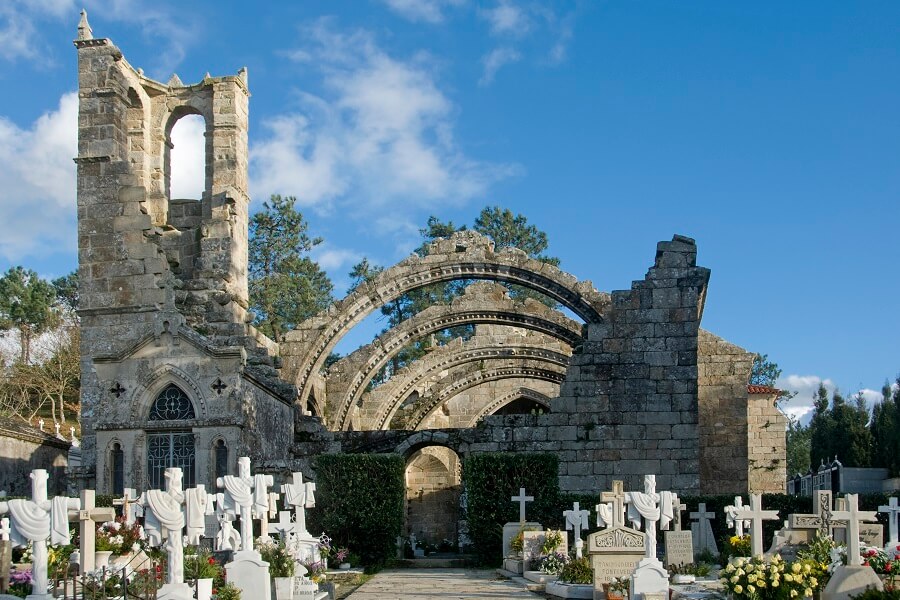