The province of Pontevedra offers exceptional natural spaces both inland and on the coast, perfect for those who are interested in ornithology. The wetlands are one of the main water ecosystems in As Rías Baixas and are home to a large number of species of birds. From north to south, east to west, this destination is a paradise for bird watching lovers.

The Intertidal Complex Umia-O Grove is one of the most important spaces for bird observation in As Rías Baixas and in the northern part of the Iberian Peninsula. In fact, it is included in the list of wetlands of International Importance, according to the Ramsar Convention. This natural setting of stunning beauty that boasts a rich variety of species stretches over the estuary of the Umia River, from the O Grove Peninsula to the town of Cambados. In addition, here are the salt marshes after which the region of O Salnés was named.

It is today one of the best places in Spain for the observation of a great diversity of species of aquatic wintering birds, reaching here 18,000 specimens in the coldest seasons. Other species such as wading birds can be seen there, as well as ducks, herons, terns, divers or cormorants, coming from the north of Europe. This place has the only coastal lagoon in As Rías Baixas, A Bodeira. The Natural Park of O Carreirón, in the island town of A Illa de Arousa, is also part of this complex.

Estuary of the Miño River

The estuary of the Miño River, on the border with Portugal, is a vast wetland with great ecological value. The region of O Baixo Miño is not only a perfect area for observing birds but also a place where you can enjoy the beauty of the landscape.

In winter, it is the habitat of thousands of bird specimens. About 200 different types of birds live here during this season. Here, you can see migratory birds and waders, such as golden plovers, dunlins or lapwings. There, other species as ducks or herons; sea birds as scoters; or predatory birds as the hen harrier or the osprey can also be seen.

The Deza River rises in the parish of Zobra (Lalín) to meet the Ulla River in the place of Gres, in the town of Vila de Cruces. The river passes through the inland part of the province of Pontevedra until it flows into the Ría de Arousa, in the town of Catoira. If you follow the river course, it is possible to enjoy beautiful waterfalls, meadows, trails, monuments and several manor houses, popularly known as pazos.

The river system Ulla-Deza is the habitat of a large number of bird species. The water blackbird, the kingfisher, the grey wagtail or the grey heron are some examples. Near the confluence of the rivers Toxa and Deza, in the surroundings of the majestic cascade of the Toxa River, you can also see some nests of peregrine falcons.

In the heart of the province of Pontevedra, between the regions of Tabeirós-Terra de Montes and Deza, are the best example of sphagnum-dominated acid peat bogs, an extraordinary singular and fragile habitat. This wetland, with meadows, scrubland and bog, by the lagoon known as Sacra de Olives, is exceptional because it is the habitat of small populations of several rare species, such as the little bustard, which is abundant in steppe habitats.

Some representative examples of the species that can be watched here are yellowhammers, rock buntings, skylarks, mistle thrushs or corn buntings; predatory birds as the hen harrier, the Montagu's harrier, the short-toed eagle or the European honey buzzard. You can also see migratory species coming from Africa as well as endangered species as the Eurasian eagle owl and the golden eagle.

This wetland, also known as Xunqueira do Lérez, because it is found by the Lérez River, is located in an urban environment in the Ría de Pontevedra, and can be reached on foot from the town centre of Pontevedra. In these wetlands, there are important colonies of water birds as the common kingfisher, the European shag, the grey heron or the common sandpipper.

This natural area, very close to the town of Pontevedra, is perfect for bird watching and hiking. In addition, the estuary of the Lérez River in the Ría de Pontevedra creates an important intertidal space stretching from the Lourido Beach to the picturesque village of Combarro. This is the habitat of a large diversity of waders, as the dunlin; sea species, as the great cormorant; o herons as the grey heron.

At the bottom of the coastal inlet Ría de Vigo, in the estuary of the Verdugo River, is the cove of San Simón, a perfect spot for observing birds in winter. There is the San Simón Island, which is part of the archipelago bearing the same name.

Despite its small size, it is an intertidal space of great ecological value. At low tide, you can see the sandy plains beautifully covered by green algae. In the cold season, thousands of anatidae species, as well as other waders, fly over the reserve during their migratory period. 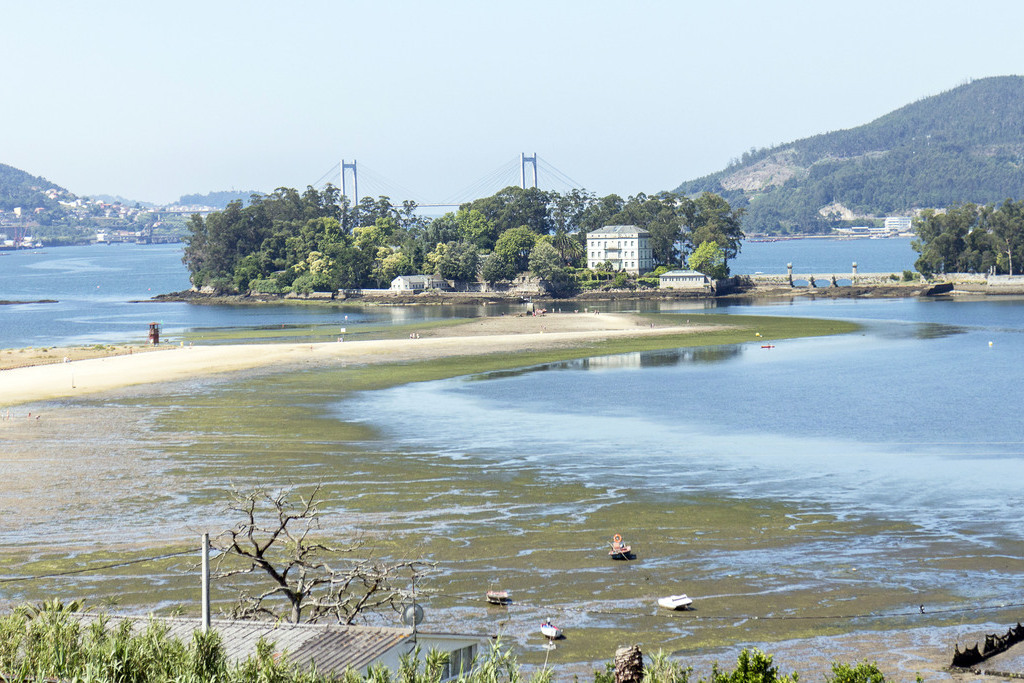 Estuary of A Foz in A Ramallosa

In the southern part of As Rías Baixas, between the towns of Baiona y Nigrán, the estuary of the Miñor River is almost surrounded by A Ladeira Beach. Here, you can see the marshes of A Foz, where the river Miñor and the streams Groba and Belesar meet depending on the tide, and a perfect refuge for a great diversity of birds. 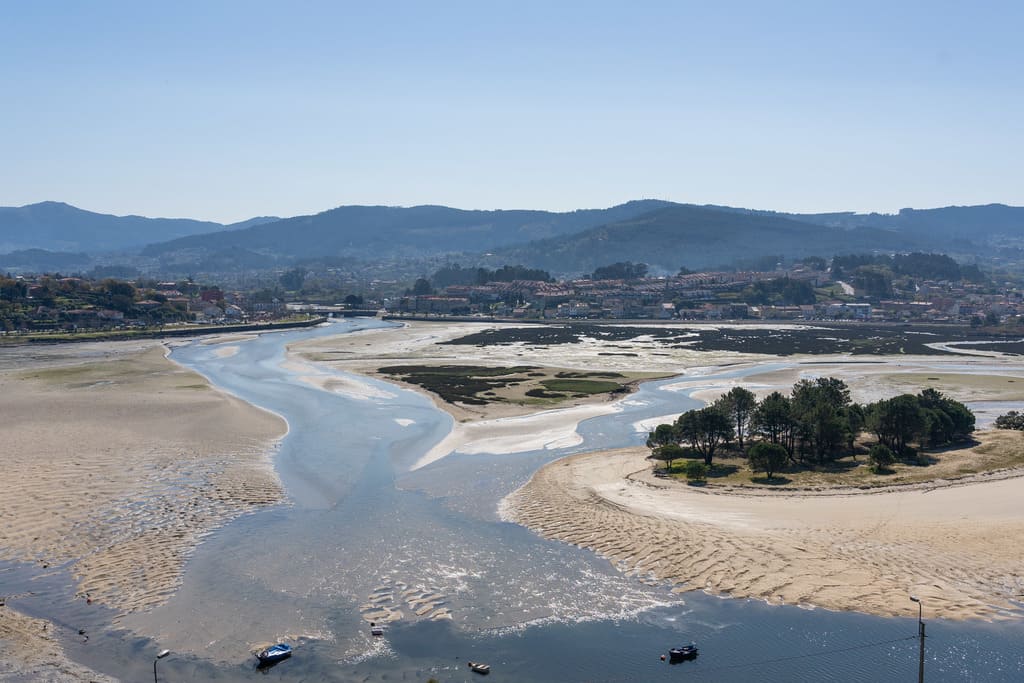 The Natural Area of the Gándaras de Budiño, in the town of O Porriño, has been gradually created due to the flooding of the Louro River. This natural spot in the southern part of the province of Pontevedra is an area of peat bogs, seasonal and permanent lagoons and flooded meadows, and it boasts one of the best examples of riverside forest in Galicia.

These wetlands are the habitat of up to 27 protected birds, and is also a stopover for aquatic species, among them teals, great crested grebes, water rails, herons or little grebes.